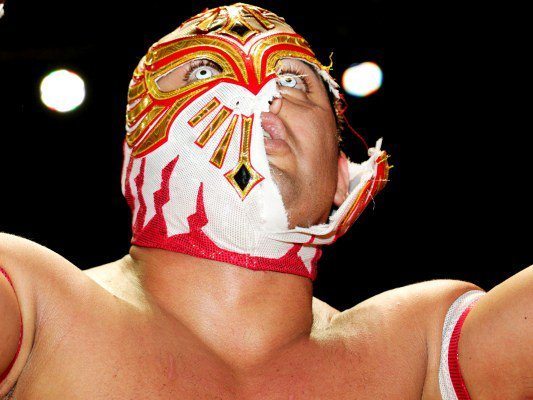 The most interesting in-ring concept in Mexican wrestling this year is also the one that’s been the hardest to sell to an audience. They’ve been having a hard time convincing their fanbase about it, and I’ve been struggling to find the way to summarize all the moving parts. The Liga Elite tournament, the spine of start up promotion Lucha Libre Elite, is giving Arena Mexico matches they’ve wanted to see for years – and yet, not nearly as many people have noticed or cared as you’d think.

The tournament itself is the simplest part of the whole picture. Liga Elite is a 12-man round robin competition, in the style of the G1 or Best of Super Juniors. Their model is futbol, not wrestling, so wins are worth three points instead of two. There’s also only two tournament matches a week, which gives them a similar early spring to late fall ‘season’ to follow as a traditional sport, instead of a downpour of matches in a few weeks. The tournament matches are one fall, have been between six and sixteen minutes. Liga Elite is something a diehard fan can keep up with in under a half hour a week, or a more casual fan can jump into every so often without feeling hopelessly behind.

These are matches you’d want to watch, with Lucha Libre Elite putting top luchadors in rarely seen or first time ever matches just because they happen in the Liga. Caristico (the famous Mistico) and Cibernetico are the Lucha Libre Elite representatives, but the promotion apparently has the ability to pull in anyone they want from their landlord CMLL and made some great picks: Atlantis, Rush, Ultimo Guerrero, Negro Casas, Volador Jr., Mascara Dorada and La Mascara. (Maybe that last one wasn’t so great.) They’ve rounded out the field with interesting outsiders: Bobby Lashley and Extreme Tiger from TNA and LA Park from exile. Park was unceremoniously banned from Arena Mexico not six months ago, a ban CMLL wouldn’t lift even while their bookers were running an angle to build to his return, and yet Lucha Libre Elite still found a way to get him in as part of this tournament.

Everyone single person mentioned in that last paragraph has faced off (we’re about seven weeks in) or will face off at some time. It’s killer fixture list of dream matches (Rush vs LA Park), feuds of days past revisited (Caristico vs Volador) and matches impossible to figure out how they’d actually work (Lashley vs pretty much anyone, but most importantly Atlantis.) There’s no precedent to something like this in Mexico, no history of league tournaments with the top names. CMLL’s run the En Busca de Un Idolo competition the last few years, which has a round robin component buried under a confusing point system, but that’s with new guys and perennial midcarders. That’s format has not been done with the top guys; the core of old school (so current) Mexican wrestling booking seems to be to tease one single huge match between two top guys and doing your best to never actually have to deliver the match. This is the opposite, this is no build and all delivery.

The delivery’s been tasty too. The luchadors have been wrestling like these are their dream matches too. It’s been fun since the Mascara Dorada/Xtreme Tiger opener of incredible high spots, but the Caristico/Volador match the following week really set the tone. A resurgent Caristico, with new life and confidence since returning to the place where he made his name, going huge spot for huge spot with his replacement on the tecnico pecking order. There were crazy moves and there was some emotion there too. Not everything is an aerial battle, with Ultimo Guerrero and Negro Casas and LA Park bringing different elements to the matches, but everyone seeming bringing the same high effort. Even Cibernetico, a one dimensional slug his last few years in AAA, has been trying the hardest he has in years to make his matches work. (There’s no helping La Mascara though.)

The best part is it’s the Liga Elite tournament is extremely easy to follow. There’s often a lot of great sounding lucha libre matches which only surface when someone with a shaky camera uploads them to YouTube, or I track them down off some obscure cable channel well into the 600s. This one’s simple: the matches take place on Wednesday, they air on a big TV channel on Friday nights, and are uploaded for free viewing on Azteca’s website on Saturdays – if you’re outside the US. If you’re in the US, or just don’t want to bother with their website, the show is also easily found on YouTube, including on this official looking channel. (I’ve also got a dedicated playlist to tournament matches.) The full TV show also includes a (usually skippable) three falls trios match and a few minutes of (very watchable) undercard highlights, and it’s pretty easy to skip around to the two Liga Elite matches if that’s all you want.

If you’ve got even a casual interest in the CMLL branch of lucha libre, there are probably going to be plenty of matches you’ll want to see. The matches they’ve do so far have been pretty good and things should continue that way. They’ve even said they have big plans for the end – top 4 finishers have a single elimination tournament for a belt, bottom 4 finishers have a single elimination tournament where last place loses hair or mask – but those things are months away and the matches don’t even need a greater context to be enjoyable. If you haven’t dipped into this, you probably should stop reading this and go watch some.

Did you do that? You probably have the same question as everyone else: where are all the fans?

These shows haven’t totally tanked: they’re the second biggest turnout in Arena Mexico some weeks, and drawing 4000-6000 fans weekly is a superb for just about every other promotion in the world. Lucha libre attendance overall is at a low ebb; no one’s doing great numbers outside of the biggest of shows. Still, for throwing the biggest names in wrestling in this part of the world against each other in big matches each and every week, the Liga Elite’s lack of box office success has been disheartening to watch.

There’s no really singular reason people have rallied around as the big problem, but a lot of small issues. The Lucha Libre Elite shows are taking place on Wednesday nights, an unusual day of the week for a fanbase very ritualistic about when they’re going to shows. (Though, the shows pre-Liga Elite hadn’t been knocking them dead on more traditional Sundays either.) Lucha libre fans tend to be only closely following their singular favorite promotion, and Elite Lucha Libre is a new promotion without much of it’s history. Its previous history hasn’t been positive – an attempt to run a more complicated version of this tournament collapsed and was abandoned, and it’s unlikely people will take this try seriously until the late stages where something actually feels like it’s on the line. The easiest answer might be over-saturation of the market: there’s four shows in Arena Mexico every week, and a fifth in Mexico City too. There’s likely to be more wrestling shows taking place in Arena Mexico this year than Korakuen Hall. The big difference is the Japanese venue will be hosting different promotions with different styles, while the Arena Mexico’s shows are a lot harder to tell apart. The Liga Elite format is the separator, but it’s a separation which hasn’t been able to grab an audience.

The presentation of Lucha Libre Elite and Lucha Underground could not be more diverse, but posses underlying strength and concern. Both are showcasing exciting matches and using luchadors from their partner companies (CMLL & AAA) much better than those companies do themselves. They both get generally positive reviews. They also both seemingly much less successful than those reviews would suggest, to the point where it the long term survivability of either promotion is an open question and a frequent talking point. And at the same time, both groups show no outward sign of their questionable finical realities. The two groups diverge in terms of strategy, or even having one. We kind of have the idea that selling Lucha Underground TV internationally and merchandising it might be the long term payoff. Maybe they’ll even try to slap Robert Rodriguez’s name onto a movie to see if that alone sells enough tickets to pay for the whole thing. It doesn’t seem like it’s been a successful plan, but at least it feels like it might be a plan. There doesn’t seem to be much of big picture plan for Lucha Libre Elite – maybe they’ll rent their shows out to go around Mexico a bit, and maybe a few more people will show up to their own shows, but that’s about it. It’s hard to see how this works out, but it’s been hard to see how it’s working so far and it still exists.

The downside to following this Liga Elite tournament is it could really end at any point and it’d be completely understandable. The upside is if they go out – or if they somehow make this work and last the entire year – it’s going to be one of the most remarkable tournaments in the history of lucha libre. The Liga Elite is definitely worth checking out, however long it lasts. 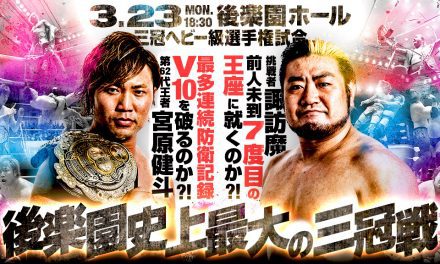