Wrestling Omakase kicks off 2020 with full coverage of both nights of NJPW Wrestle Kingdom 14! To celebrate this historic two-night event we went live on Youtube with instant reaction streams right after both nights went off the air, so this week’s episode is a combination of both those streams. For the first night John is joined by VOW contributors Chris Samsa (@TheChrisSamsa), Tyler Forness (@CCSTheRealForno) and Paul Volsch (@Darth_Dragon) and for the second night John is joined by Chris and Tyler again as well as Gerard Di Trolio (@GerardDiTrolio). Hear their thoughts immediately after each night went off the air, as well as some interactions with fans listening live and more. What were their favorite matches of a stacked weekend? How did John react to finally seeing Tetsuya Naito’s big moment after all these years? And much more! Relive the journey of the two nights as we react in real time to each one!

Please note that since this was recorded in an unusual way compared to every other Omakase episode that the audio is a little different; John did their best to fix it in post-production but they still sound a little lower than everyone else and the two parts sound a little different as well. We appreciate your patience and understanding, and think you’ll still find this to be a really fun episode. We’ll be back to our normal recording method next week.

Wrestling Omakase has dedicated channels on TWO Discords! Come join either one where you can chat with John and show guests and submit questions for future episodes!

Wrestling Omakase host and frequent NJPW previewer. Somehow has been watching Japanese wrestling since 2002, which is probably before some of you were born. Has been told they're "not so bad for a weeb". Please don't roll a 7. 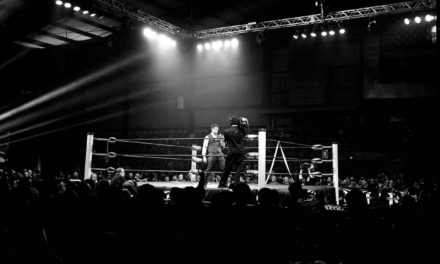