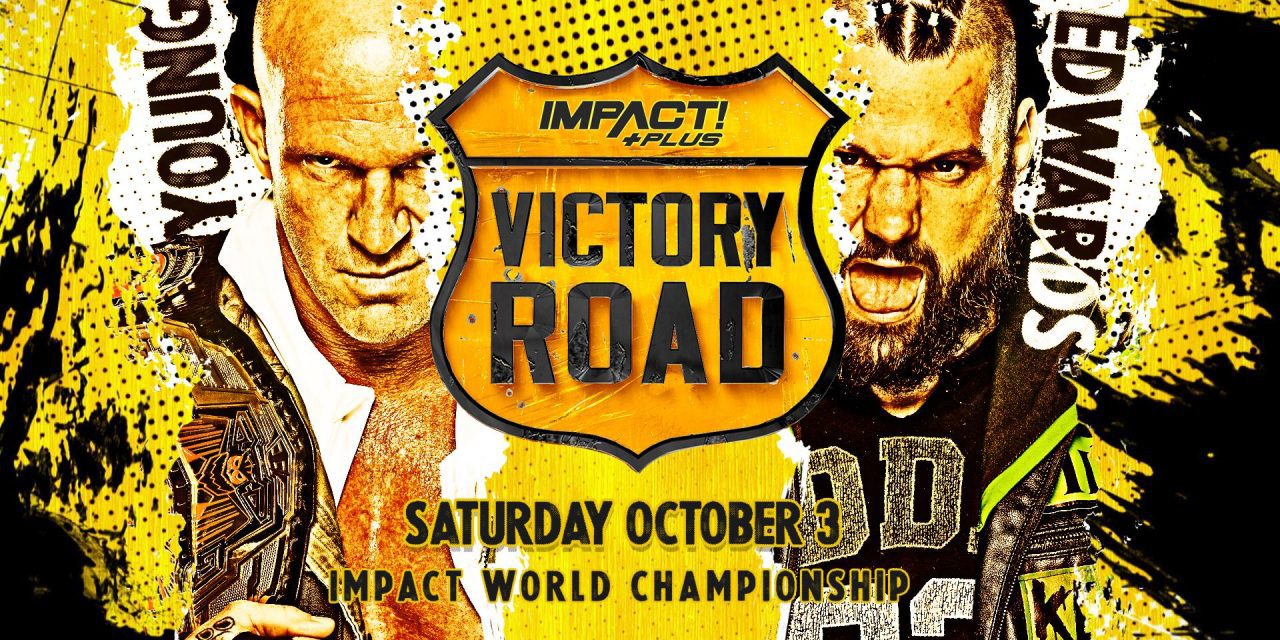 Watch: IMPACT Plus or Fite.TV

Impact Wrestling produced their first Impact Plus monthly special since February this past Saturday with Victory Road, headlined by Eric Young defending the Impact World title against Eddie Edwards.

Although The Rascalz are missing out on the four-way tag team title match at Bound for Glory, this match got them back in the win column and we got a fun, back-and-forth contest that featured XXXL’s best performance in the promotion. Wentz and Dez got some offence in early on but their dives to the outside were thwarted, Dez met with an uppercut from Acey before Wentz got caught and scoop slammed onto his teammate. From there, XXXL worked over Dez before he got the hot tag to Wentz, who ran wild and got a nearfall on Larry D. XXXL regrouped to double team Dez but after Wentz broke up a cover and cleared Acey to the outside, Dez hit Larry D with the backflip kick and The Final Flash for the win. ***

While the work here was objectively fine, it went almost 11 minutes, which is far too long for any match involving Tommy Dreamer in 2020, and especially one without weapons. There were a few good spots, like Tommy reading the ankle pick attempt and hitting a shotgun dropkick to the outside, but otherwise it was a pretty plodding affair. Dreamer kicked out of Myers’ double-arm DDT, but the ‘Most Professional Wrestler’ got the victory with a lariat. **1/4

Rohit Raju has been one of the best things in Impact Wrestling during the pandemic. He’s worked so hard, he’s doing the best work of his career and he’s living his current gimmick – the smartest man in the room who wangled the X-Division title and is now determined not to lose it.

Willie Mack gels well with everyone and that was no different here, as these two had a fun match. Raju worked in a number of moves we’ve not seen from him before in Impact, while Mack worked the face in peril role superbly and connected with all of his big moves. The finish came when the pair ‘clashed heads’ in the corner, with Raju rolling to the outside and electing not to get back in. He retains his title and technically Mack beat him, so I suspect he’ll join the title match at Bound for Glory. ***

This was the third contest between these two ladies over recent weeks and this was, overall, probably the best of the three. Dashwood won the first meeting, Grace the second and here Dashwood picked up the rubber match, which made sense as she figures to be the next challenger for the Knockouts title after Bound for Glory. In terms of the match, there were callbacks to the previous matches and a bit more intensity to the work. Jordynne had Tenille locked in the rear-naked choke that won her the second match and Dashwood visibly tapped, but Caleb Konley provided the distraction. From there, Dashwood landed a rollup for a nearfall before securing the victory with a roundhouse kick followed by a Spotlight Kick. ***

How can you have an unsanctioned match and not use any weapons?

That aside, this match was solid and a good way to tie up the Heath story that’s been running since Slammiversary. Structure-wise, this was your traditional tag team fare – Reno SCUM worked over Heath in their corner before he was able to make the hot tag to Rhino. Heath looked as though he’d cost his team the match, blind tagging back in before getting wiped out and lined up for the diving knee drop. However, Rhino rushed back in and hit Luster the Legend with the Gore, leaving Heath to hit the Wake Up Call on Adam Thornstowe for the victory. **1/2

Trey and Moose have shared the ring in Impact a couple of times before and they’ve had great chemistry each time – Moose is able to make use of his size and look dominant as Trey bumps like a madman and plays the valiant babyface. This wasn’t as good as their meeting at Emergence back in August but it wasn’t designed to be, as the focus was on Moose having his attentions firmly fixed on matters elsewhere; namely EC3.

Moose looked as though he’d got a rather dominant victory all sewn up when he flapjacked Trey on the ring apron and rolled him back in the ring, only for EC3’s motif to appear on the titantron and distract him. That allowed Trey to get him in a rollup and hand Moose his first singles loss of the year. **3/4

On paper, this match leapt off the page and it delivered. It wasn’t a traditional four-way with all four guys in the ring, but instead with two in and the other two on the outside waiting to tag in. Alex Shelley and Karl Anderson kicked things off but Anderson tagged out to Ace Austin and from there Shelley and Austin have some fun exchanges before Josh Alexander came in. The action was strong but really picked up after the ref bump, which saw all the tag partners on the outside jump in and wipe each other out before getting ejected by Brandon Tolle.

After they all went, the match broke down. Shelley threw Austin and Alexander off the top rope in a Tower of Doom and covered Alexander after a Frog Splash, only for Anderson to break it up. The four then traded finishers with Alexander coming out on top, hitting a double-arm piledriver on Shelley. ***1/2

I hate the whole ‘is she, isn’t she Su Yung’ rubbish with Susie. The whole gimmick doesn’t work for my view and it completely takes me out of her matches.

Her work here with Purrazzo was good for the most part but it’s just hard to buy her as a credible contender and the match was too long for me. Susie looked to hit her with the Panic Switch, but Purrazzo got out and after working over the left arm, she locked in the Venus de Milo (double Fujiwara armbar) for the verbal submission. **1/2

Post-match, Purrazzo and Kimber Lee beat down Kylie Rae and Susie, Lee holding Rae down as Deonna stomped on Susie’s arm wrapped in a chair. A great segment that continues the build for Purrazzo/Rae at Bound for Glory.

Although he’d had singles matches on Impact against Willie Mack, Tommy Dreamer and Edwards for the World title, this was Young’s first big main event singles match since his return and he absolutely delivered.

Edwards came into the match nursing a taped up ankle from Ken Shamrock and Sami Callihan’s beatdown on Impact last week and it provided the obvious narrative for the whole match. The pair began with some walk and brawl on the outside, with Young getting a cut early on under his left eye. He reversed a Tiger Bomb attempt on the ramp with a backdrop and from there took control. Edwards gained some brief respite with a Backpack Stunner but Young went right back to the lower leg, hitting him with a kneebreaker on the apron and then one on the steps.

Often in matches worked around limbs, the offence can get a bit repetitive but Young was superb here in making everything look vicious. He wrapped his leg in the barricade on the outside and kicked away at it, while in the ring he repeatedly went after kneebars and ankle locks.

The final stretch saw the pair trading big moves and eventually Edwards connected with his patented Boston Knee Party but Young got his foot on the rope. Needing something more, Edwards then tried to hit the Emerald Flowsion but Young blocked it and kicked out Edwards’ leg. Young nailed him with a piledriver, hooking the left leg he’d attacked throughout so that once it landed, he was able to transition back into the ankle lock and force Edwards to submit. ****

A superb main event and one that gives me real excitement for Young’s Bound for Glory main event with Rich Swann.

Victory Road was a perfectly solid, if unspectacular, show. There was nothing bad and almost everything featured some decent storyline advancement ahead of the much bigger Bound for Glory show in three weeks’ time. Aside from the main event, there’s not much recommended viewing from this show but the four-way was good fun and overall it was a breezy watch at just under three hours. 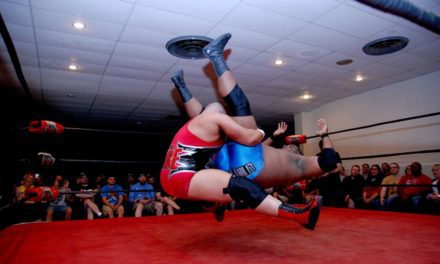 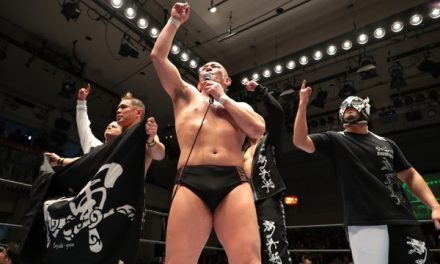