What Dark Sheik vs. Still Life with Apricots & Pears Meant to Me 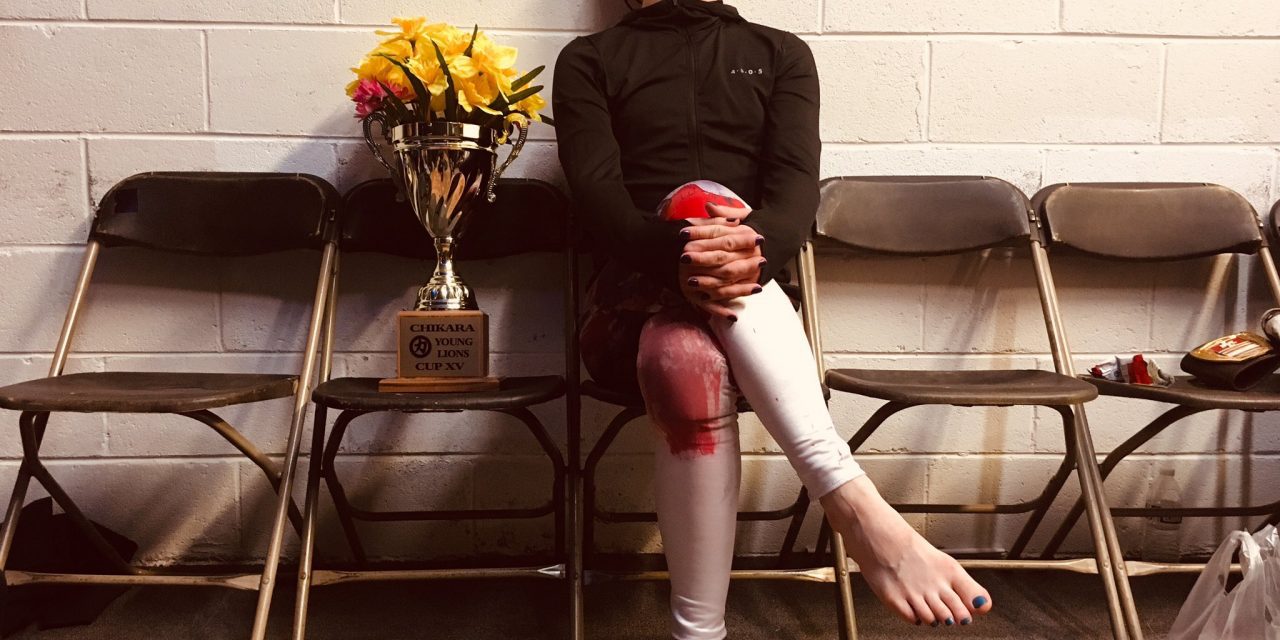 I had reasonable worries voiced by many about the Collective shows last week-issues of COVID-19 and the lack of social distancing being the mainstay of them.

Despite these worries, I decided to purchase the two shows I thought would be most deserving of my money from the showcase: For The Culture & Effy’s Big Gay Brunch.

And while For The Culture may have earned my opinion of the best show from the weekend of the two, I found the match that meant the most to me came from Effy’s Big Gay Brunch: Dark Sheik vs. Still Life With Apricots & Pears.

But before we dive into it, some background is needed to illuminate the why of the matter.

Growing up, I was a fan of wrestling before I even knew I was a woman. I loved recording WWE RAW during the 2007-2009 era every late night and watching it on before I got to school. It was almost a ritual for me. Toast buttered. Bag packed. Wrestling enjoyed.

Jump to a few years later. I had just graduated from secondary school (High school in American terms) and realized I was a transgender woman. Coming with it was a lot of anxiety, gender dysphoria and overall shitty issues. Far outweighed by the good that came and would eventually come. But one doesn’t cancel out the other.

I had fallen out of wrestling a few years before this, rarely checking in. One of my friends from school, one of the few I still keep in contact with after transitioning and leaving school, shared my interest in wrestling. Chatting with him about it was one of the few highlights of school.

Anyway, this friend DMs me and asks if I want to go to a wrestling show. An Irish indie one. I was hesitant. Social anxiety is a hard beast to defeat. This show seemed like an overcrowded and noisy nightmare for my social issues. But, with encouragement from my friends and family, I decided to go.

It was one of the best nights of my life.

There was such energy in that small arena. People cheering and laughing at every spot to happen in the ring. The shockwaves from slams within the ring. The hype at moments I worry I had gotten used to. It all wove together into something special that night at Over The Top Wrestling: Even Better Than Our Best.

What’s truly made that night memorable? It was like I didn’t have the problems plaguing me for a few hours. For that show, I didn’t have anxiety, cheering my head towards everyone in the ring. I didn’t worry about if anyone around saw me as a man, barely giving a second glance towards any looks. I just didn’t care. I was a wrestling fan here to enjoy wrestling.

I couldn’t wait for the next show. My love for wrestling was gone from a few bare ashes to a roaring inferno once again.

As I went to more shows and discovered more promotions, I began to discover something. It felt as if when I watched wrestling, I was leaving the trans identity part of me to the side. I’d have to grimace and force a neutral expression at bigoted jokes during shows to not force an uncomfortable experience for those around me. Would have to put up with stereotypes and caricatures. I felt that to enjoy it I would need to forget that part of me. Have to be someone else.

Then we fast forward to the present day, or rather a week ago. The Collective weekend is in full swing. I loved what I saw in For The Culture and am now getting ready to enjoy a Big Gay Brunch.

We move to the first singles match of the night and Dark Sheik enters, twirling to the ring with a set of painted red spot trousers and hair I’d kill for. Still Life With Apricots & Pears follows next, playing up their amazingly done artist character to the camera.

Something else got my eye, though.

A person in the audience has a pride flag. One for non-binary genders. And Still Life, non-binary themself, gestures to it in pride. I watched the gif of that on repeat quite a bit. It meant a lot, to see the trans identity of someone shown proudly and unashamed within one of my favorite hobbies where I often had to play it down. It meant a lot.

Then the match begins. And it was nothing like I had seen before.

Not due to any huge, spot-heavy moves that the wrestler would feel they have to do to “prove themselves” to the majority. No, it was just how natural the match felt.

Dark Sheik regularly snarking and showing a dry, crass humor that was so sorely missing from many comedy matches. Dark Sheik has a deep voice. And as a trans woman who has one too, often struggling with taking pride in it, words can’t describe how good it is to see a fellow trans girl in front of a ton of people showing no shame or insecurity in her own. Especially when she’s as funny as Dark Sheik.

Still Life, while planning to let their strategy and ability serve as their reply, still letting herself go down to Sheik’s level to snark back at times. Still Life wasn’t a one-note person within the match. They could joke but could also bring it. In a world that often shuts off non-binary people to stereotypes, it felt so good to see someone to be undeniably themselves.

Hell yeah! Might get to catch Dark Sheik vs Still Life With Apricots & Pears! Trans talent about to steal the show! pic.twitter.com/eihN8LnHXu

Notice how I keep using the phrase “felt so good”? That’s because it’s what this match felt like to me. It wasn’t a match where I’m studying the technique or style for the entirety. Or struggling to keep up with all the spots. It’s simply one where I can feel good. And why is that?

For one of the first times in a long while, I didn’t have to shunt my trans identity to the side when enjoying wrestling. I was watching two trans wrestlers in the ring put on a fucking amazing show.

And they did it as themselves.

Not as some caricature cos it’s all they can get. Not to job out to some big-time wrestler to show how “progressive” that wrestler was. They were here to show how both of them were just that damn good. And they proved it.

Dark Sheik vs. Still Life With Apricots & Pears was my favorite match of the Collective. Not because of the spots they did or how hype the build-up to it was.

It was my favorite match because for those 10 minutes, I felt like that young trans girl going to her first wrestling show again, without a care in the world and just loving what was happening in front of her. 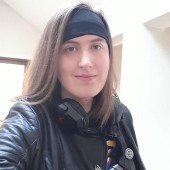 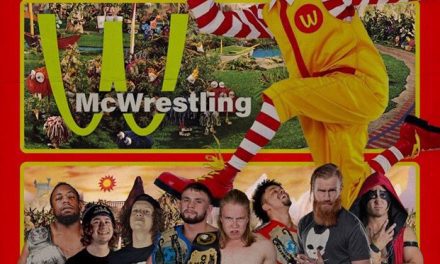 This Week in Independent Wrestling (August 19-25) 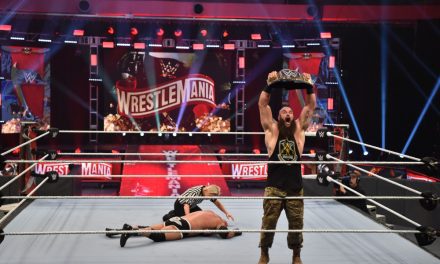