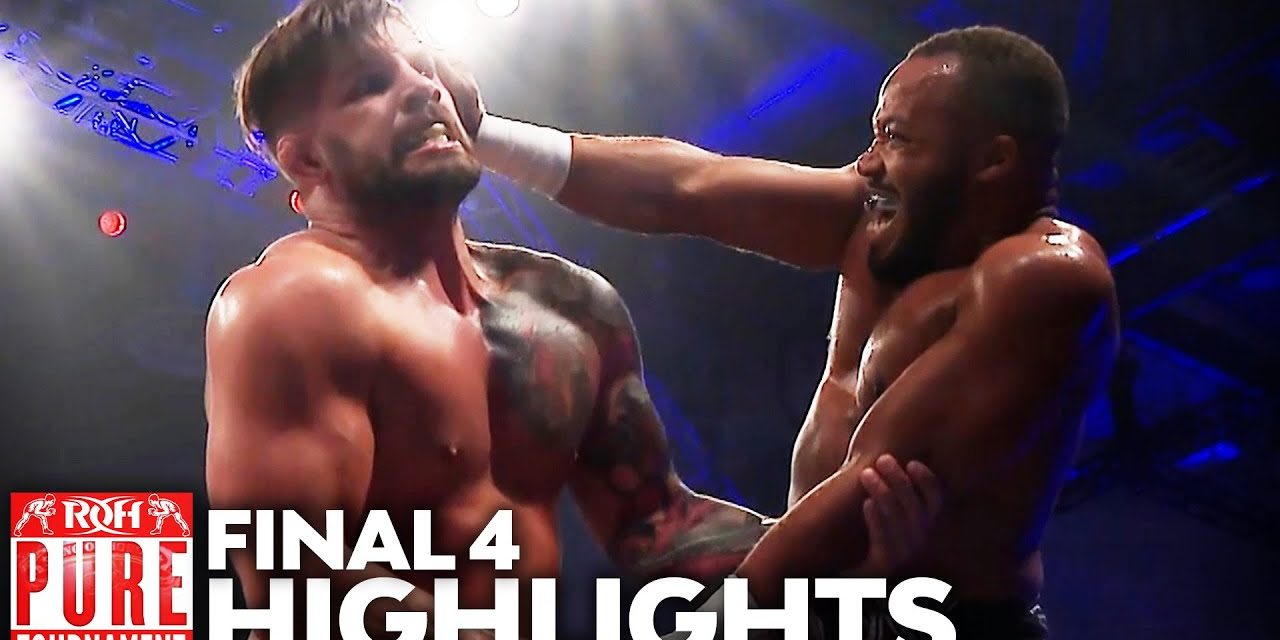 In Part 6 of the ROH Pure Title Tournament, we saw the A Block and B Block Finals solidified, as Tracy Williams and Josh Woods scored victories over Fred Yehi and PJ Black (respectively) to get one step closer to the ROH Pure Title. As always, the shocked kicked off with an intro from Quinn McKay, before going into some post-match comments from last week. First up was Tracy Williams, who started off by complimenting Fred Yehi. He said that he’s the kind of wrestler that’s needed in pro-wrestling, and in ROH. Williams noted that Yehi was one of the best, and he sincerely hoped that they cross paths again. He then turns his attention to Jay Lethal, saying that he was upset about Lethal overlooking him in his post-match comments from the previous week, when he didn’t even mention his name. Williams noted that while Lethal may be overlooking him, he’s always been breathing down his neck, and now, he’s going to (and yes, he did say this) bite his nose off. He declares that Lethal will learn the name Tracy Williams, and promises to teach it to him by force. As for Josh Woods, his post-match comments were much shorter. He didn’t even talk that much at all. Silas Young briefly went over all the accolades Woods had amassed when asked if Woods had any reservations about Jonathan Gresham next. For some reason, Woods thought Young was talking about dinner reservations, and Young left the scene baffled.

The stat cards for these wrestlers keep getting longer! Josh Woods had a total of ten takedowns in the first two rounds (seven in 2nd Round), which is the most of anyone in the tournament. He’s also 10-5 in ROH matches since September of last year. His 2nd Round strengths included zero rope breaks used, two rope breaks forced in less than a time, and seventeen submission/pinfall attempts (most of anyone in the 2nd Round). His 2nd Round weaknesses included being unable to use a suplex or a throw vs. PJ Black, along with allowing three takedowns. For Jonathan Gresham, he’s 7-1 in his ROH career vs. Josh Woods (3-0 in singles matches). In addition to winning his first two matches by submission, he hasn’t used a single rope break yet. Gresham’s 2nd Round strengths included having nine counters (most of anyone in the 2nd Round), and ten submission/pinfall attempts. His 2nd Round weaknesses included zero rope breaks forced, while he also struggled to defend against Matt Sydal’s striking attacks.

This was by no means a spectacular match, but it was definitely the best Josh Woods match of the entire tournament. While the action was solid throughout, what really stuck out to me was the story they managed to tell, which actually got teased in the pre-match stat cards! If you looked at those stat cards, they told you that Gresham had some huge advantages coming into this bout, particularly with his record vs. Woods (3-0 in singles matches), and the fact that he hadn’t used any rope breaks in his previous two matches. Well, not only did Woods force Gresham to use two rope breaks in the first ten minutes, but Woods actually managed to dominate the first half of this one. They did a very nice job teasing that Woods could upset Gresham here. The action started to pick up during the commercial break (we saw them bust out the infamous Davey Richards/Eddie Edwards suplex over-the-ropes spot), and the second half was pretty solid. The closing moments saw the two get into a couple of pin exchanges (including both rolling around the ring in a small package) before Gresham picked up the win with a running sunset flip. A very simple finish, but it’s all Gresham needed. While this was far from the best match of the tournament, it was still a good bout from beginning to end that did a fine job including elements from the wrestler stats as part of the story. ***1/4

Up next, we were supposed to get a Matt Taven vs. Vincent singles match. This was stemming from the angle that took place two weeks ago, where a returning Taven attacked Vincent and put him through a table. While Taven was making his entrance, Vincent jumped him from behind, and the ensuing beatdown eventually led to Vincent putting Taven through a table on the floor with a Swanton Bomb off a purple ladder (perhaps a reference to Taven’s title win in MSG). A decent angle to keep this feud going.

That angle was followed by a video package hyping up what (I guess) is a feud between EC3 and Shane Taylor. Of course, a six-man tag team bout with Shane Taylor & The Soldiers of Savagery vs. EC3 & The Briscoes was teased last week in a backstage segment. It was essentially EC3 and Taylor cutting promos on each other with their different parts mixed together. EC3 said that he knows a lot about Taylor, but the reason he ignored him in his original promo is that he doesn’t view Taylor on the same level as the ROH greats that he mentioned, like The Briscoes. Taylor went over who and what he fights for, while basically saying that he’s going to teach EC3 a lesson. Basic stuff here to build up their six-man tag, but I am very curious to see how EC3 does in the ring here after his less-than-stellar reviews in Impact and other places.

Three cheers for the ROH stat cards! Tracy Williams had nineteen submissions in the first two rounds (most of anyone in the tournament). He’s also the only person in the tournament to score a submission victory in the ropes when his opponent had no rope breaks left. His 2nd Round strengths included three rope breaks forced (two in under three minutes), sixteen attempts at submissions/pinfalls, and having wrist control at various points. His 2nd Round weaknesses included using all three rope breaks in both of his matches (most of anyone in the tourney thus far), and allowing four suplexes (most in the 2nd Round). For Jay Lethal, he won both of his matches via pinfall following the Lethal Injection. He also has a 2-1 record in ROH against Tracy Williams, with one of those wins coming in a tag team Iron-Man Match. Lethal’s 2nd Round strengths included a multitude of strikes, being the only person in the 2nd Round to hit a dive to the floor, and lowering his rope break usage compared to the 1st Round. His 2nd Round weaknesses included zero rope breaks forces, while his ankle was attacked.

I had a feeling that this match was going to be very good, but when the dust settled, this ended up being my favorite bout of the entire tournament. Of course, the action from start to finish was very strong, which shouldn’t come as much of a surprise. Jay Lethal and Tracy Williams are both really good at what they do. However, much like the Jonathan Gresham vs. Josh Woods match from earlier, the story they told added so much to it as well. Williams controlled things early on in this first-time singles bout, as he started to work over one of Lethal’s arms and one of Lethal’s legs. These submission attempts did get the win for Williams, but they did force Lethal to use two rope breaks in the first five minutes or so of the match. The two continued to exchange submissions, before Lethal managed to gain control after he started to target the neck of Hot Sauce. Lethal managed to send Williams to the outside with a triangle dropkick, but his dive attempt got stopped, and hit a shotgun dropkick on the floor.

While Williams was successful with that shotgun dropkick, he landed on his injured shoulder, and in the moment, this appeared to be a major turning point. Todd Sinclair checked on Williams before beginning his count, and Williams actually stared at the Pure Title (which was sitting on a table at ringside) before getting in the ring, serving as motivation for him to fight through the shoulder pain. Lethal would target the shoulder throughout the remainder of the match, as Williams did his best to fight through it. He actually did a great job at selling the arm/shoulder here (struggling to climb the turnbuckle, lifting Lethal up with ONE ARM to connect with a piledriver). The closing stretch of this match was great, as they went back-and-forth with strikes, counters, and submissions. Lethal managed to hit the Lethal Injection, but Williams used his final rope break to save the match. Lethal goes for a second Lethal Injection after hitting Hail To The King, but Williams caught him in a choke. Lethal had used up all his rope breaks at this point, so the ropes couldn’t save him, and after an attempted counter by Lethal, Williams transitioned into a crossface to get the submission victory. An awesome match from start to finish, that had strong action (particularly down the stretch) and excellent storytelling and selling. Again, this was easily the best match of the tournament, and a big win for Williams, as he tapped out one half of the ROH World Tag Team Champions. ****

This was a very strong edition of the ROH Pure Title Tournament. 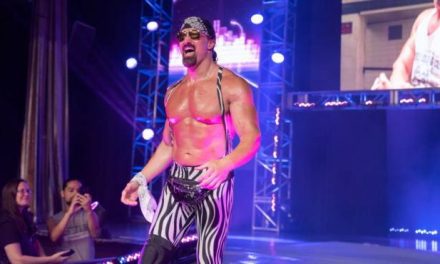 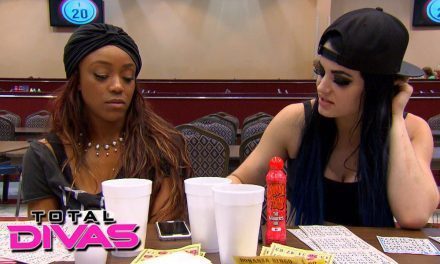